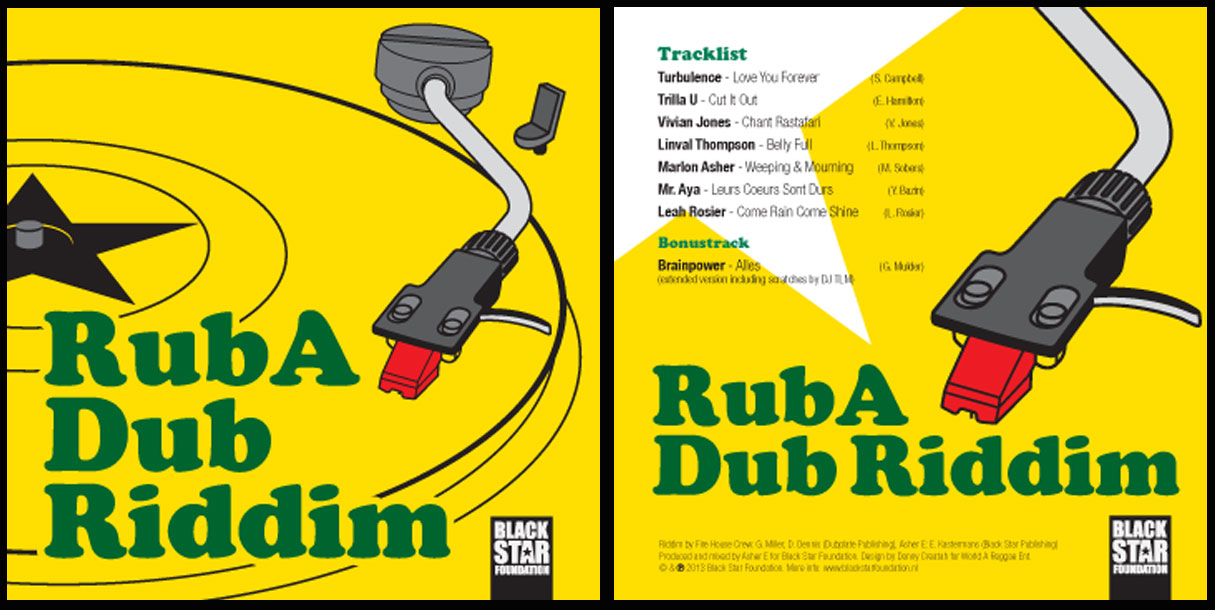 Artists:
The vocal talents on the album are the reputable Jamaican veteran singers TRILLA U, LINVAL THOMPSON and VIVIAN JONES, sing jays TURBULENCE (Jamaica) and MARLON ASHER (Trinidad), but also the lesser known artists MR. AYA (France) and BREDDA MARCUS and LEAH ROSIER from Holland. Bonus track is the Dutch song Alles (which translates into Everything) by BRAINPOWER, initially released on the album Dub & Dwars (Black Star label 2010).

The base for the Rub A Dub riddim was laid in the Steven Stanley Studios in Kingston (Jamaica), where the drum and bass were recorded with the well-known FIREHOUSE CREW. All other instruments are done in Holland by ASHER E, who is also responsible for mixing and producing the songs. The end product is a versatile compilation of 9 very distinct tracks by artists from Jamaica, Trinidad, France and Holland.

Black Star Foundation:
Black Star Foundation is a non-profit organization which has been committed to promote reggae music in Holland for more than 10 years. The foundation organizes reggae events and concerts, manages and handles bookings for artists and bands, publishes music on its own label and supports and develops new talent.

The album has been released in limited edition on CD at the 10-year anniversary of Black Star Foundation on March 22, 2013 in Melkweg (Amsterdam, Holland).
The album is also available on iTunes now!