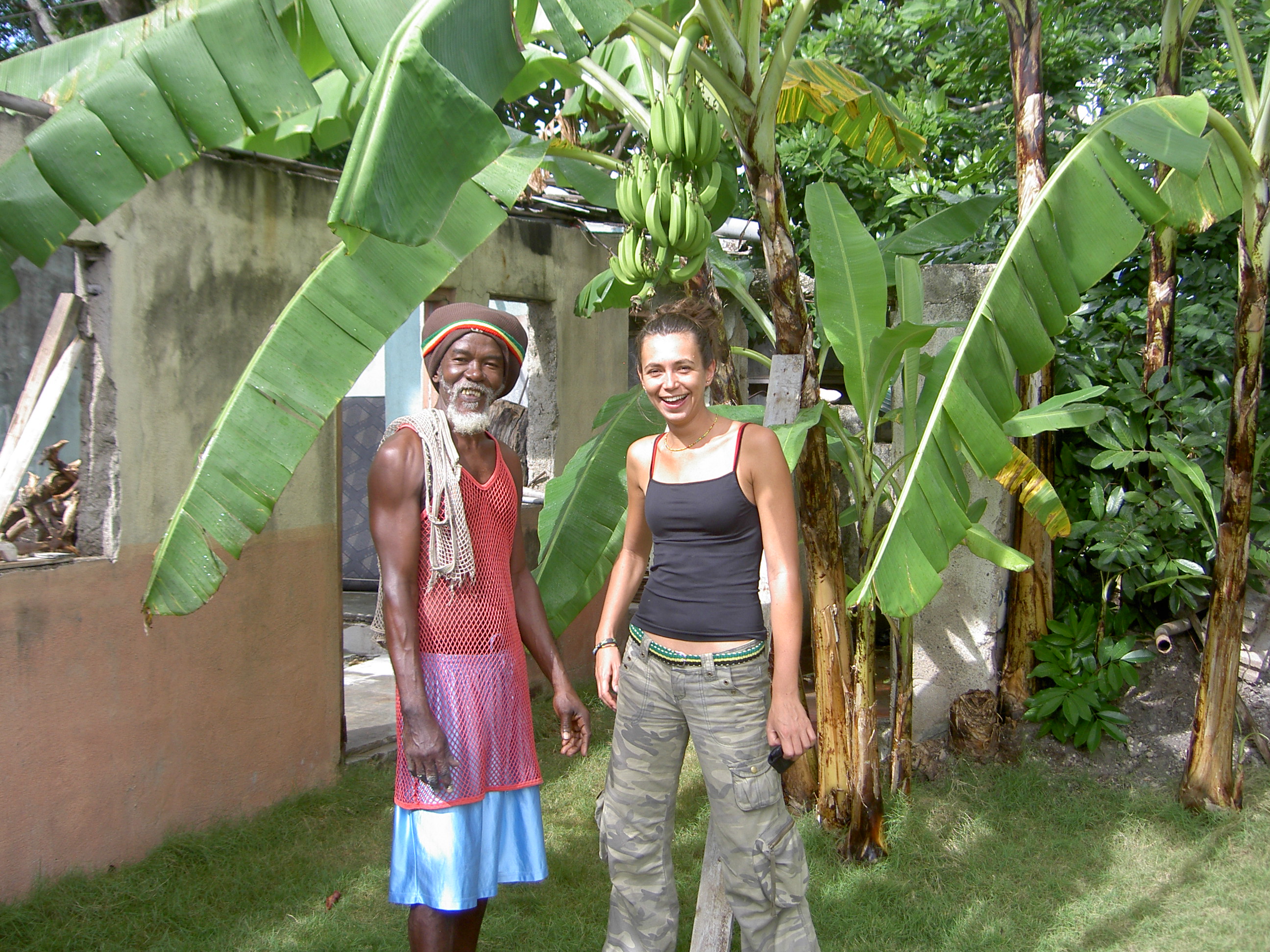 December 2005 / January 2006 Dennis and Michelle of Black Star Foundation went to Jamaica. Partly for pleasure (to run away from the cold winter in Holland), but mostly to do some business for the foundation!

The first week we stayed with the Hinds family in Steertown (village near Ocho Rios), family of the ska-legend Justin Hinds, who passed away in 2005. With his sons we talked a lot about starting a Justin Hinds Foundation and a museum or memorial house for their father. With Floyd Lloyd Seivright, an old friend, artist and publisher, we discussed different possibilities for cooperation, like a European tour with Ernest Ranglin.

In Kinston we stayed at Joe's place (see photo), we spend a lot of time in different studios and met a lot of different artists (like Damian 'Jr Gong' Marley!). For Ijahman Levi and The Mighty Diamonds, who were coming to Europe to tour later that year, we organised a show in Milkyway, Amsterdam.

In Steven Stanley Studios (Kingston) we recorded 2 riddims (drum/bass) with the Firehouse Crew and we expanded the record collection of Black Star Sound.

Besides all that, we visited a lot of stageshows and dancehalls and we really enjoyed this beautiful island.