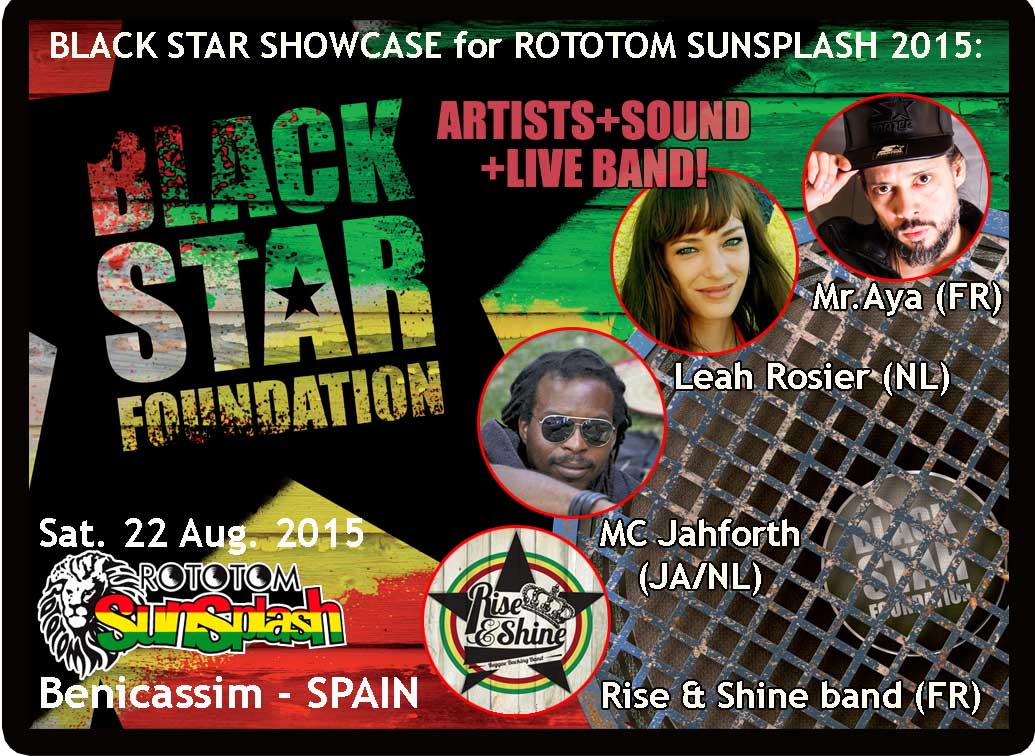 Rototom and local partners in different European countries are working on setting up a platform for the European Reggae Contest. The project is part of 'Creative Europe', the new cultural platform of the European Union.

This year, the Rototom Sunsplash Festival took place from 16 till 23 August 2014 in Benicãssim (Spain) and Black Star crew Dennis and Michelle were there!

For its 21st edition the Rototom Sunsplash had a great line-up by many internationally renowned artists such as Lauryn Hill, Sean Paul, Shaggy, Jimmy Cliff, The Gladiators, Romain Virgo, Alpha Blondy, Midnite, Inner Circle, Chronixx, Jah9 and Dubtonic Kru, among many others.

The festival managed to attract 35,000 people during the concert of Lauryn Hill, which closed the festival on Saturday night. Over the eight days there have been a total of 250,000 guests, 10,000 more than last year, from 75 countries and the 5 continents.

The dream of Rototom Sunsplash 2014 has come true. A meeting of dreamers who have shared the values of peace, love and unity to the sound of reggae music, proving that another form of coexistence is possible.

Rototom Sunsplash Festival 2015
The 22nd edition was held from 15 to 22 August 2015, after Rototom 2014 attendees have populated more than ever the streets and beaches of Benicassim.

Black Star Foundation was present in 2015 again! On Saturday 22 Aug. we showcard our sound with artists and live band!

At this moment, Black Star Foundation is working on a new project Rototom & Friends!