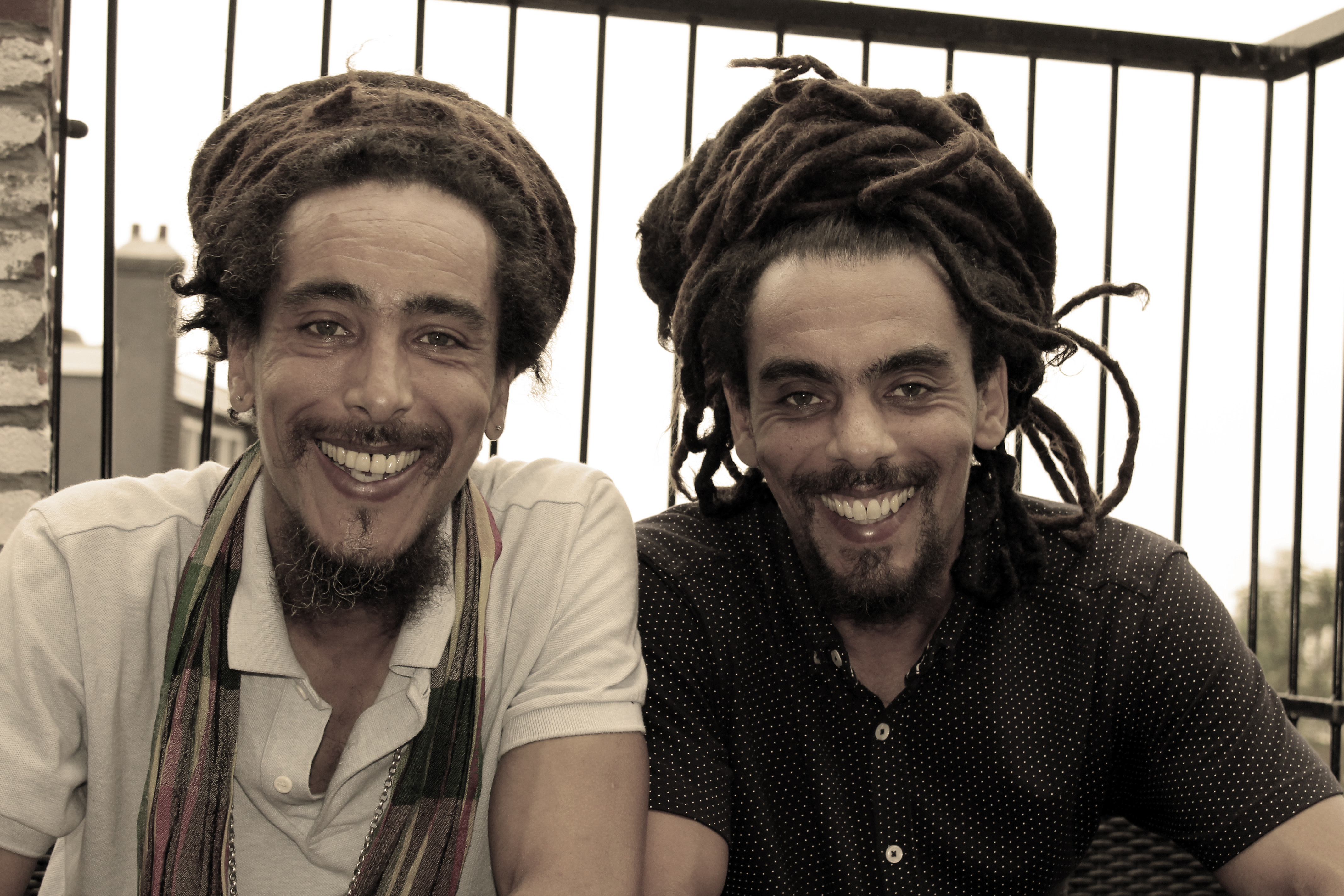 Jorge Manuel and Anibal (Delidel Touch) will join Black Star Foundation to Jamaica, to mix their long awaited album in the studios of Kingston town! The trip is scheduled for 2019.

The cooperation between Delidel Touch and Black Star Foundation, we seals the unity between the historic port cities Amsterdam and Rotterdam, but also Kingston, formerly a large and important port city in the Caribbean. The cities are all visited by both Haile Selassie I as his musical messenger Bob Marley.

Delidel Touch
Delidel Touch is a Rotterdam-based Reggae band with the typical Rock sound of the port city, spiced with Cape Verde ingredients (such as the Morna, Coladera, Tabanca and Funana). The Group was established 25 years ago by the 3 cousins and soulmates Manecas Delgado, Jorge Manuel Lizardo and Arlindo Delgado (RIP, 2004).

In the 90-ties Delidel Touch was the house band of the Rotterdam based Club Nighttown, so they opened for many Jamaican greats such as Jimmy Cliff, The Wailers, Lee Perry, the children of Bob Marley and many others. The band performed a lot in Holland, but also in other European countries and Africa.

Spring of 2018 singer Jorge brings the band back together. With performances at the Rotterdam Reggae Festival Delidel Touch is officially back! Delidel Touch consists of both old and new members, from Cape Verde, Suriname, Aruba, Curacao, Morocco and Holland. Delidel Touch is actually more than a band, it is a collective of musicians, family and friends, who are all behind the band.

The album
in all the years Delidel Touch released some singles, like 'The Messenger' with contributions by Rollarocka (Postmen). A full album of the band was never released. Delidel Touch was primarily known as a live act, because of their many gigs.

The release of the long awaited debut album of Delidel Touch is scheduled for 2019. It contains, in addition to previously released singles, also old songs which were never released, and new songs with various guest musicians who all contributed to the album.

Old analog recordings are digitized and new songs are written and recorded. Guest musicians from Cape Verde, Jamaica and Netherlands and producers from America, France and Luxembourg have contributed. Of the entire repertoire of Delidel Touch (well over 50 numbers) there are now about 20 tracks recorded. These must now be mixed and mastered.

It has been decided to divide the entire album into 3 sub-projects, which will be released as EP's on CD and digitally. The entire album will eventually be released in special edition on vinyl. The first EP (7 tracks) will be mixed in Kingston (Jamaica).

At a donation of € 50 or more, you will receive an autographed CD;

At € 100 or more, you get 2 free tickets for one of the upcoming gigs and an autographed CD;

If you sponsor Delidel Touch for € 250 or more, your name will be mentioned on the CD and you will receive an autographed CD;

At a contribution of € 500 or more, you and a friend will get a meet & greet with the band at one of their upcoming gigs and your name will be listed on the CD with logo;

Sponsorship of € 1000 or more, you get a Delidel Touch acoustic performance at home, in your company or shop! In addition, your name will be mentioned on the CD with logo.

Donations
Delidel Touch needs your support to realize the finishing touch of their album! Donations can be done cash or per bank (IBAN): NL81ABNA0865083126 (to Jorge Manuel Lizardo, subject: 'The Jamaica project').
Your contribution will be spent on studio costs and the sound engineer to mix and master the tracks in Kingston.