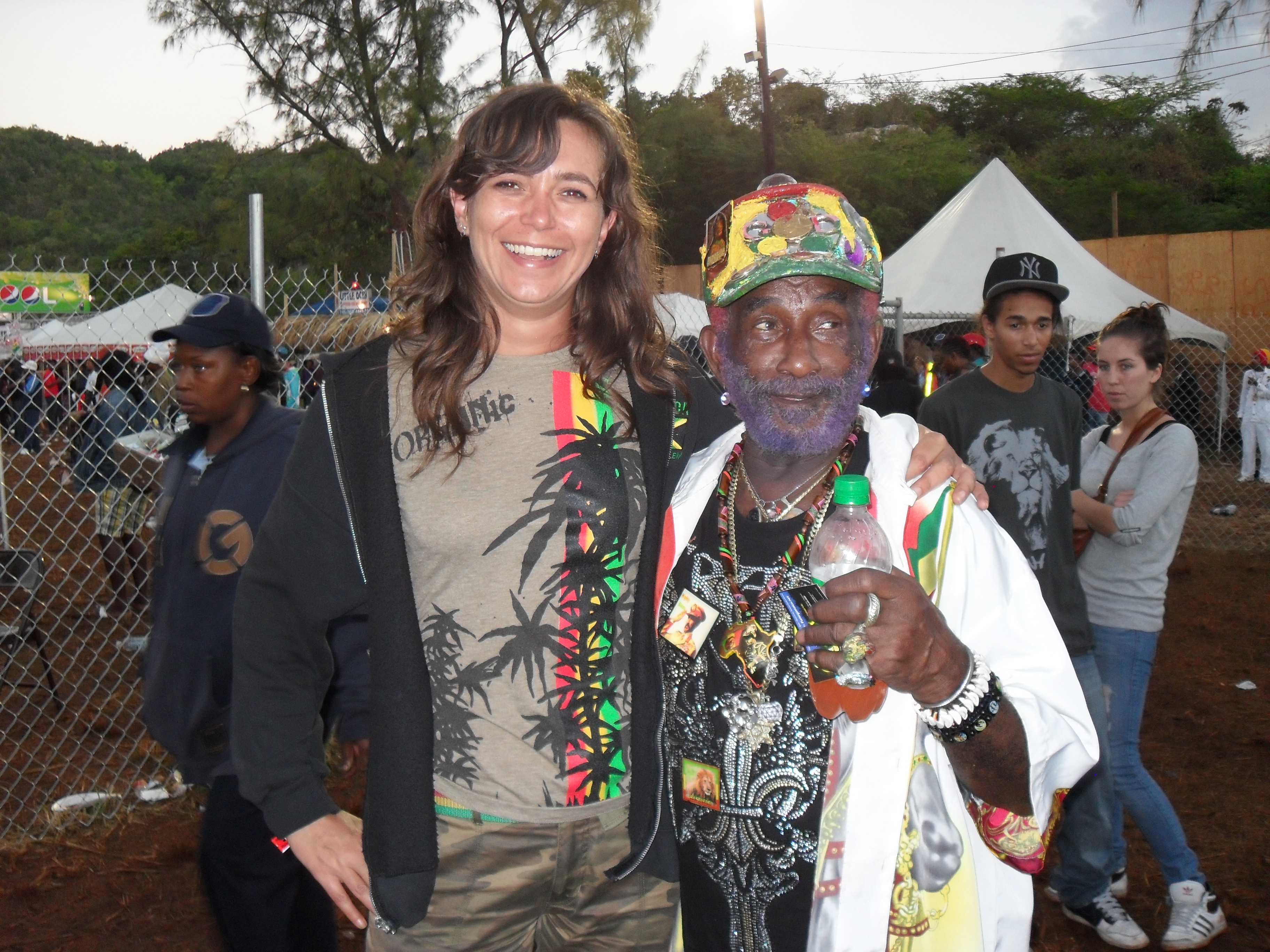 Black Star crew Dennis and Michelle were in Jamaica again this January (2011). A short report from their trip.

First week in Negril. Western point of Jamaica with beautiful sunsets. Nice place to relax and to get some teint. Every other day reggae shows on the beach! We have seen Jack Radics, General Trees, Kevin (son of Gregory) Isaacs and Etana there.

Rebel Salute:
Last weekend the Rebel Salute Festival in St. Elisabeth, in the South of Jamaica. Massive stage show, all night long. It ended around 7, the sun was already shining. We had backstage (media) passes, which was very nice. We saw some great performances by artists like Toots, Berres Hammond, I Octane, Movado, Chuck Fenda, Fantah Mojah and many more.

Kingston Town:
We are now in the Chelsea Hotel in Kinston. A good tip from my brother Tim, so we are coming here for a few years now. Very basic hotel but good enough. Not so expensive, safe and centrally located in town.

Dubplate by Ken Boothe:
Today we recorded a dubplate with Ken Boothe in his enormous blue house with studio inside. 'Everthing I Own' on the original riddim. Very cool. Arranged through Connor, a good friend and musician, he played with Justin Hinds (trombone with the Jamaican All Stars) and he was touring Europe last year with the Gladiators and Bunny Wailer. We also passed by the house and studio of Sparrow Martin, still (23 years!) music teacher at the famous Alpha Boys School. Connor was recording 2 tunes there.

Dubplate by Lone Ranger:
Tomorrow dubplate session with Lone Ranger. We met him and his manager backstage on Rebel Salute. By the way, I also have a picture with Lee Perry. He was hanging around at Rebel Salute as well.

King Yellowman:
And tomorrow night we will visit King Yellowman in Uptown Kingston. From his house there is a beautiful view over the whole of Kingston Town. After that we will pass by Wedi Wedi Wednesdays, a weekly event by Stone Love Soundsystem. That's how business is running up here.... Niceness!