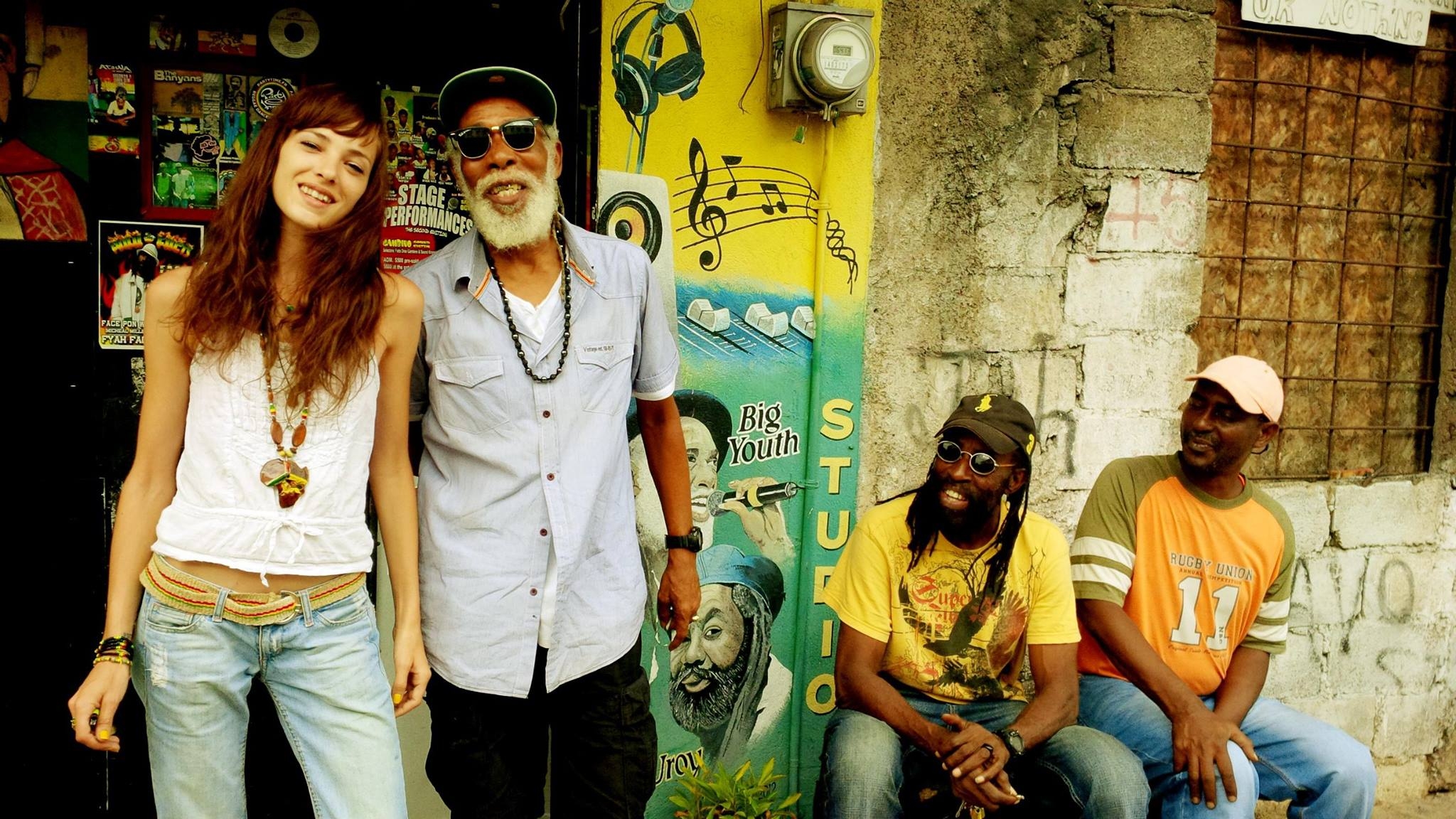 Leah Rosier has a successful tour in Jamaica (January 2015)

The promotional trip to Jamaica of female reggae singer Leah Rosier, organized by Black Star Foundation, was a big success. In a period of only 3 weeks, the Dutch artiste did 6 performances, recorded 4 new songs, shot material for 6 video clips and she was interviewed live on Bess FM, one of the largest national radio stations in Jamaica.

Week 1: Negril
After months of crowdfunding in order to collect money for her plane ticket, Leah Rosier and Black Star crew Michelle Boekhout van Solinge and Dennis van Tetering travelled to the reggae Island Jamaica on January 1st 2015. The next day (January 2nd) the artist got the chance to do a guest appearance during a show of the legendary King Yellowman on the white beach of Negril, a village located in Westmoreland (Jamaica's most Western Province). The promoter of the show was very impressed and invited Leah Rosier for two more performances that same week (January 5th and 7th 2015).

The second week, the crew left Negril to go to Kingston, capital of Jamaica and heart of the reggae music industry, where Leah Rosier did three more performances. Her first show was in the Triple Century Sportsbar (former Asylum) in New Kingston, during '180 minutes of Music' (January 12th). Besides a tune by one of her favourite singers Dennis Brown, Leah Rosier played her own songs. The next day (January 13th), the Dutch singer performed on King's Plaza, an important weekly event with live music, where she also performed a few of her own songs. Last but not least, Leah Rosier also got the microphone on Vinyl Thursdays (January 15th).

Jamaican radio
During an earlier radio interview with Black Star crew Michelle and Dennis last year, the well-known radio DJ Steve James (Bess FM) already indicated that he would like to interview Leah Rosier. This year (January 15th 2015) the Dutch crew has been extensively interviewed on the Jamaican national radio station Bess FM while several songs of Leah Rosier were played.

The Dutch crew was officially invited and had backstage access for the Rebel Salute Festival (January 16th and 17th). Leah Rosier was noticed by Hype TV, who used the opportunity to interview her on the spot.

Studio recordings
Leah Rosier also did some recordings in the studios of Kingston-town. The first studio recording with The Mighty Diamonds in the famous Penthouse Studio was very special for the Dutch reggae singer. Over the years, the beautiful harmonies of this well-known vocal trio have always inspired her. The Mighty Diamonds were prepared to do backing vocals on her track 'All Around the World' (from the upcoming album with the French band Rise & Shine).

Leah Rosier also recorded a song with Xana Romeo, youngest daughter of the famous Max Romeo. In the Red Ark studio the duet 'Stay True (No Man is Perfect)' came to life. The song is produced by Omar Johnson, also known as Jallanzo (Dubtonic Kru) and will be released on the debut album of Xana Romeo.

For her upcoming album, Leah Rosier wanted another duet. Jahbar I, son of the famous reggae drummer George 'Dusty' Miller (Firehouse Crew) had the right voice for it. The two artists recorded the song 'Rebel The Music' in the Anchor Music Works Studio.

It's always exciting for a non-Jamaican reggae artist to go to Jamaica, the birthplace of reggae, and given the overwhelming number of positive comments, this trip was a big success!

Some interesting links:
* Watch the movie of the 6 performances!
* Listen to the mixtape From Amsterdam to Kingston
* Read the review by Leah Rosier on her Jamaican January