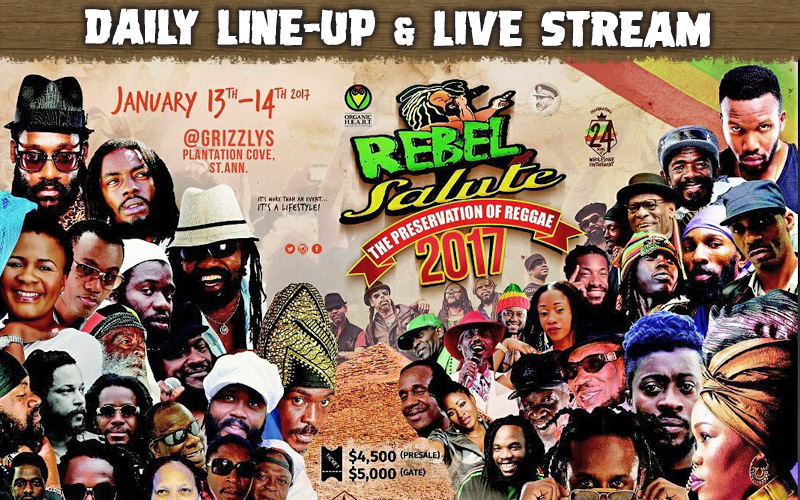 Once again, Black Star Foundation was present at Rebel Salute Festival in St. Ann, Jamaica. Another huge line-up with so many great Reggae artists and bands passing by during two full nights.

Rebel Salute is one of our favorite Reggae festivals in the world! Two full nights with lots of Reggae artists and bands. From upcoming artists early evening, who can do one or a few songs with the backing band, to big artists who can play a full set with their own band, later at night. Sometimes even early morning...

This year something went wrong with the planning of the first night. Due to rain and strong wind, the organization had a few hours of delay setting up the stage. The first artists started much later than plannend and the delay only got worse during the night. Due to an inefficient planning with too many change-overs, there was some tension between Tarrus Riley and Anthony B backstage about who could perform what time. Tarrus Riley seemed to be tired of waiting and jumped on stage during Fantah Mojah's show. In Jamaican media this event was totally blown out of proportion. Anthony B closed the night early morning. His performance was great and super energetic!