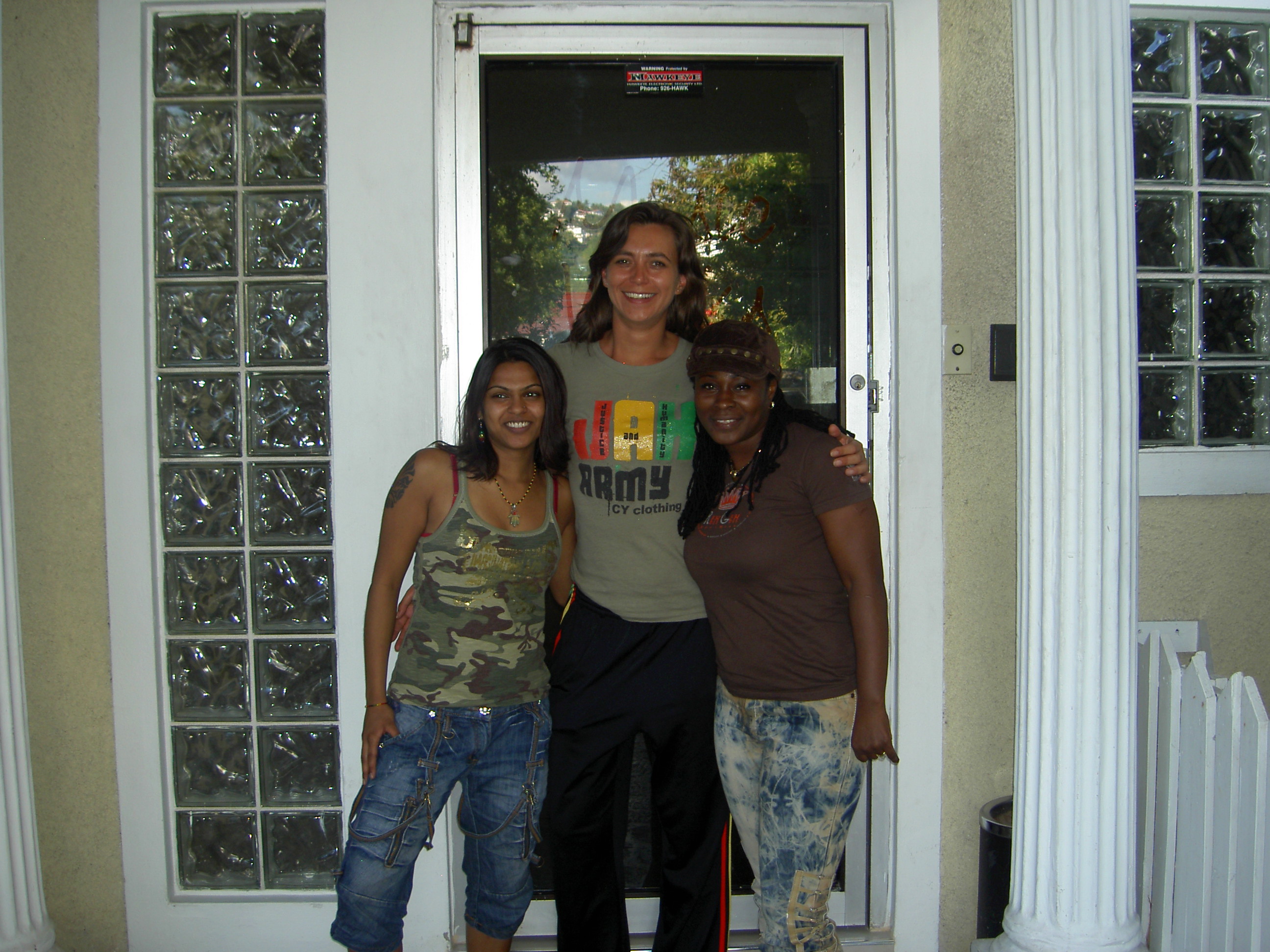 In January 2009 Lady K-Wida went to Jamaica with the Black Star crew Dennis en Michelle, to record a few tracks for her upcoming album. The trip turned out to be very successful...

Journal Jamaica trip - January 2009:
The single One Man Woman was released and we were off to Jamaica (with off course a box full of new singles!). We were very curious what the Jamaicans would think of our music, reggae music that comes from their island... Dennis and Michelle were there already, K-Wida went to Jamaica for the first time and her big brother Danny went with her.

Before we were going to the capital city Kingston for recordings for K-Wida's debut album, we first went to visit Rebel Salute, a big reggae festival (organized by recording artist/organisor Tony Rebel). With the all-area tickets, we could go backstage and right next to the stage. We met all artists like Gregory Isaacs, Errol Dunkley, John Holt, Dean Fraser, Luciano, Lutan Fyah, Queen Ifriqah, Chuck Fenda, Tarrus Riley, Beenieman and many more.

The next day, one of the tunes by the Fire House Crew was voiced by Lady K-Wida and Lady G. A wicked dancehall tune for K-Wida's album! Lady G also likes the track so much, maybe she wants to put it on her album too. No problem man!

The past years, Black Star Foundation promoted a few shows for Anthony B in Holland, so that afternoon we went to another studio to meet Anthony B. When he heard Lady K-Wida's music, he was very enthusiastic and he also has his own label... The next day Anthony B had already arranged a studio for K-Wida to voice one of his tunes, but unfortunately we were already out of Kingston!

We spent our last days in Jamaica in Negril, on the West coast of Jamaica. On the beautiful white beach of Long bay, there are reggae shows almost every day. Yellowman had to perform on our very last evening. During his show with the Hurricane band, he invited Lady K-Wida on stage and together they did their One Man Woman tune. The crowd got crazy! Watch the movie here